After the last two entries, should we start with some positivity? 🙂

PICTURE time!! I’m going to be so sad when the flowers stop blooming soon. Bummer. Anyhow, here are two pictures of beautiful flowers. I’m thinking of making a flower essence out of the first one over the weekend. 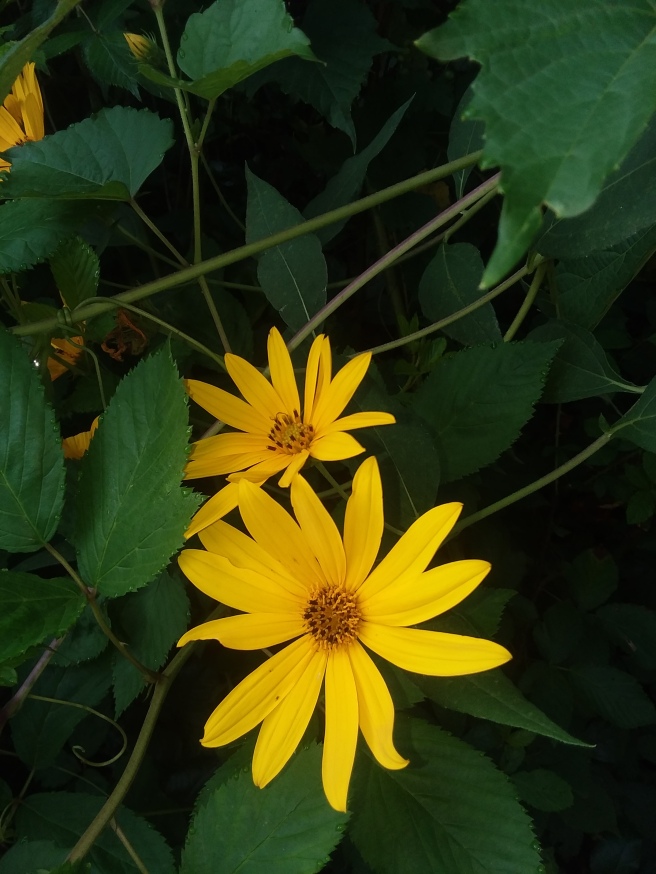 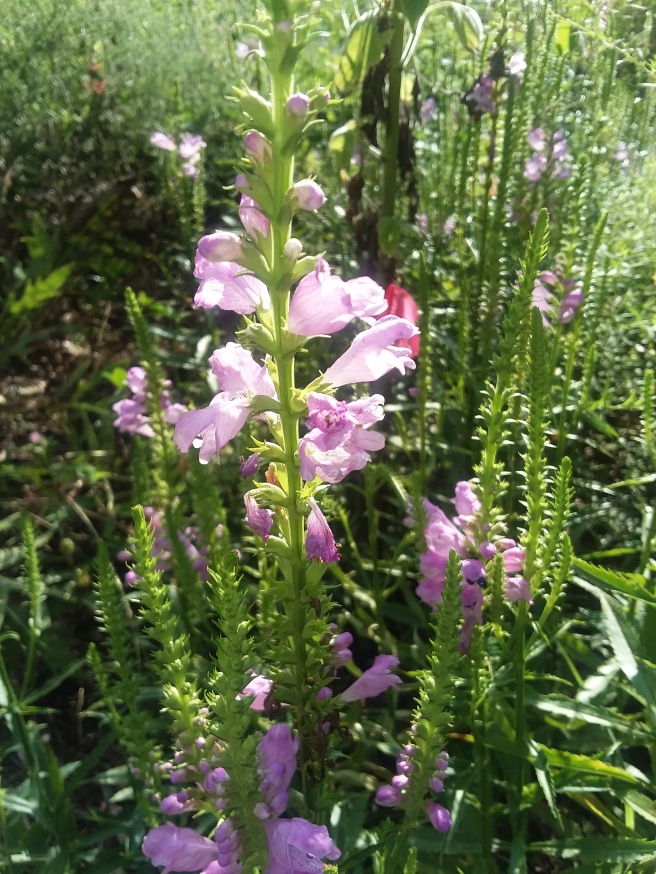 Now back to life. The tree branches are still down in my yard. The power line is still down, but it is just hanging down. It isn’t loose. I hope that makes sense. Even if the power line weren’t down, the branches would be impossible to get up without help. I think they may be still attached to the tree so I would need a saw. Blah, blah, blah. That isn’t my priority right now.

What is my priority? PLUMBING. I still haven’t gotten it fixed since I last posted but the plumber is coming out tomorrow. I know this may cost a ton. This is partly my fault for letting the problem get so bad. However, the plumbing was bad before I moved in. I didn’t know that of course.

One day I was walking my dog, and a man stopped his car to talk. I was annoyed because my dog was barking/growling and trying to attack the man even though he was in the car. He said, “I used to live here.” I smiled and asked, “really?” He said, “Yeah. Is the plumbing any good?” ROFL. So this is a longstanding problem. It was fine for maybe the first year. Sigh.

Well, it is my responsibility now. I will take the blame. This is fair. I hope the price is reasonable.  Well, I just hope the plumber can even fix the problem! I don’t even know if that is an option. Double sigh.

I was falling out of love with tarot two weeks ago. I was really down about it. I wanted to give up. But now I’m back. Watch out! 😉 I think it may have been not receiving feedback for the free readings I was doing and reading another person’s readings. They are so much better than mine. So much better! That person probably has YEARS of experience so of course, their stuff will be better than mine.

I am now using that person for inspiration. My blog on my tarot website will be better next month. And I’ve been in the zone this week while doing readings. I love doing tarot readings. This week I’ve realized that doing tarot is like creating a story. I love it. Have I said that enough? I’m in the vortex, yo!

I took one unplanned evening off this week. It felt so great even though I was feeling a little sick. I use my evenings to work on my tarot biz and the online course I’m creating. From now on, I will schedule an evening off every week. I got into bed at 6:30. It was wonderful. I only did it because I was not feeling well. I’m still not feeling great. I don’t know whether it is depression (hope not!) or something else. I’m eating less which isn’t a horrible thing. 😉

Go Washington Mystics!!!1!!1!! I love Sue Bird like everyone else, and I’m glad Seattle has some type of basketball team since they took the Supersonics away. But I’m rooting for Washington DC, of course. I’ve followed Sue Bird since she was playing in college. I wish she were on our team. I know I’m not supposed to say that.

Movie of the week: I’m either watching Black Panther this weekend or next weekend. I’m thinking about saving it for next weekend because I’ll have a strawberry daiquiri. I had one last weekend. That is barely alcohol, but technically it is. Whatever. I going to drink 2 a month. I’m so wild. GIRL GONE WILD! I might need alcohol to enjoy Black Panther because it isn’t my favorite genre of movie. But I’m willing to give it a chance. I might love it.

Podcasts of the week:  So You Wanna Be a Witch, All In With Chris Hayes, The Lively Show, Up and Vanished

Books of the week: Now reading

Plans for the weekend: As of right now, I’m just planning on working on creating content. I have at least one tarot reading to do. It will probably turn into two.  I’m not working overtime as far as I know.

I hope the plumbing work can somehow be done this weekend. I have a call with my mentor after work on Monday so it can’t happen at all on that day. Last time I had work done, it took 2-3 days. I just hope they can fix it!

Have a great weekend! Thanks so much for reading. 🙂