I have so much to say. I will probably do two entries on Los Angeles, and both will be lengthy.

First, I’ll talk about the two flights to LA. I didn’t get to take any 3D books because my carry on purse was too heavy. So no A Course in Miracles with my highlighters. I was so disappointed. I did buy the electronic version, and I read some of that on the plane. Podcasts didn’t work for me on the plane. I couldn’t hear anyway. My ears were popping and aching. And I didn’t want to play it loudly because what if my neighbors could hear? So from now on I probably won’t bother downloading podcasts for travel.

What did work? BOOKS. Kindle books, specifically. I read a lot. I did watch about an hour of The King’s Speech with closed caption, so I didn’t have to worry about sound. I slept on the plane!!! I never thought I would be able to do that. I’ve been on about 10 planes prior to LA and not once have I slept! That saved me. Flying from home to Chicago was so quick. I read and slept. Wonderful!

Overall, day 1 wasn’t good. I don’t know whether it was LA, or jet lag or what. Day 2 was much, much better, but I still don’t like LA. 😉 I don’t see myself going back. LA made me realize how lucky I am to live where I live. I don’t like big cities (NYC is an exception).

The hotel was awesome! The shower was great, the bed was great. I loved it. If you go to LA, stay at the Sheraton Gateway Hotel. You’ll love it. Well, you will need a car to go everywhere. That can be a problem. I’m so glad I didn’t rent a car because people in LA drive like fucking maniacs. I wouldn’t have lasted a second with a rental car.

This is a pic of the hotel after I put my mess all over the room:

After I explored the hotel, I tried to sleep. I couldn’t even though I was really tired so I took a shower and then took an Uber to the Griffith Observatory.  With a tip that was about a $38 drive. Ouch. I didn’t like the Observatory. I think I would have enjoyed it if I paid for a show or two, but at that point, I was just not feeling LA at all, and I wanted to go back to the hotel. The original plan was to enjoy the Observatory and then hike the trails at Griffith Park, but it was freezing! It was so cold, I had to buy a $40 sweatshirt to put on immediately. I adore the sweatshirt, but I didn’t want to pay that much for it. The only thing I got out of going to the Observatory was taking a pic of the Hollywood sign: 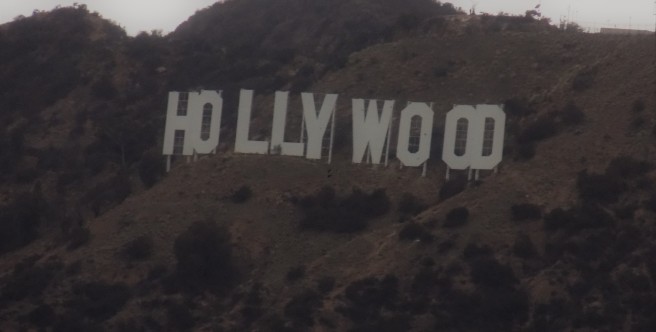 I stayed there for about 30 minutes and then left and TRIED to get an Uber. Okay, I eventually got one, but there was so much drama. I will never use Uber again. I’m using Lyft from now on. I downloaded the app as soon as I got back to the hotel. I used Lyft all of day 2. Back to the Uber driver: He claimed he canceled the ride 3 times because I wasn’t standing out there! Uh, hello? I was standing there. I looked at every car that passed because I was cold and so desperate for a ride.

Not only did he accuse me of lying about being there, prior to that when I came up to his door he tried to drive away!! Trust me, I didn’t want to ride with him, but he was my ONLY choice. Uber couldn’t find another driver willing to come out there. I was so desperate. After he accused me of not being there, he was nice the rest of the long way back to the hotel. I didn’t tip him.

After that, I gladly went back to my excellent hotel room. I ordered room service. Pricey. I ordered fries and a pepperoni pizza, but the pizza was spicy, so I didn’t eat much of it. Who makes a pepperoni pizza spicy? Bummer. I ate all the fries though. 😉

Then I got into the bed around 7 PST. I stayed on east coast time the whole trip. I had  Showtime on all night. I tried watching Girl on the Train because I loved the book. The movie didn’t seem good at all, but I kept falling asleep during the movie. I’ll give it another chance later on.

I was just relieved I had the hotel to go back to. I was homesick. I have never missed my city like that before, and I’ve traveled a bit. I love to travel. I never get homesick. On Friday, I HATED LA. That’s why I retweeted Halsey’s tweet about the people of LA. But I may have just run into tourists. I don’t know who was from LA and who wasn’t but the people I ran into…ugh. An introvert’s nightmare on day 1. Day 2 was much better.

I even texted my mom on Friday about living in the best city in America (my hometown). LOL. She’s not happy that I’m not in love with LA because she wants to go back with me. Uh, I’m probably never going back to LA. I felt inadequate in every way on Friday.

Stay tuned for day 2. That entry will probably be much longer. Here are some more random pics from day 1: 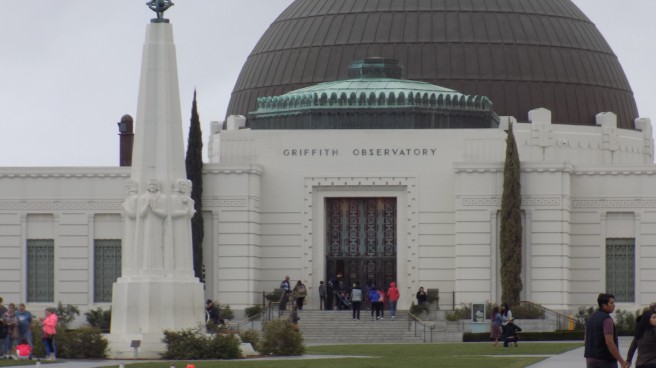 My favorite spot (besides the bed and shower – lol) in the hotel: 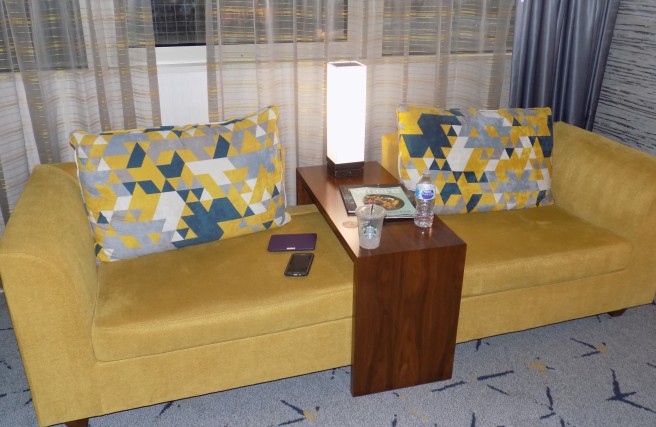