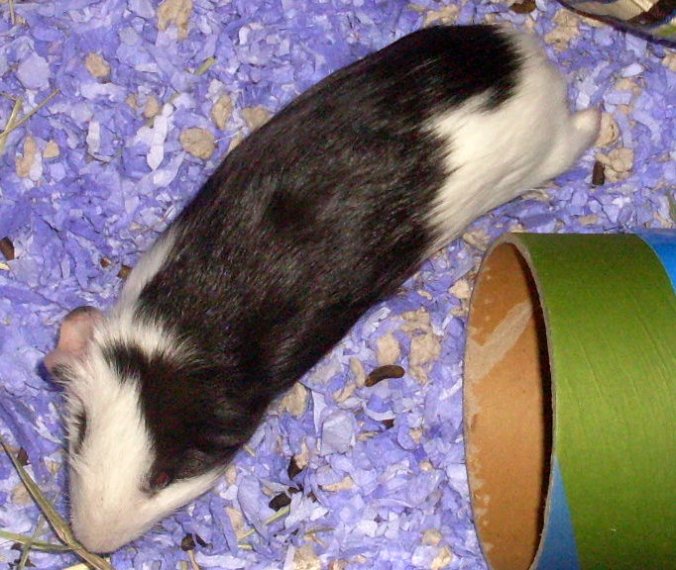 There they are. I’m kinda bummed that they won’t eat carrots or cucumbers. That is all my first guinea pig would eat! The only veggies they will eat is lettuce. I might try again but they don’t seem interested. They get so excited for lettuce and hay though. Oh I just checked again. One of them dragged the carrot and cucumber to their hiding spot. Maybe they will eat later? I just don’t want it to ruin in the cage. #GuineaPigProblems Edited to add: They finally ate the carrots. They have probably never had it before.

TV for the week: Dexter, Big Brother 15 (horrible season so far), Real Housewives of Beverly Hills, Orange is the New Black (only four eps in…not really loving it but will probably finish it).

Movie of the week: none

Books of the week: Reconstructing Amelia by Kimberly McCreight and American Wife by Curtis Sittenfeld and Cruise Vacations for Dummies (I used to be anti-cruise but now I realize that may be the only way I see the best of Greece) **WAIT! I just got to this sentence: “If you don’t like to be around other people, you’re better off rethinking a cruise vacation“. ROFL. Well, thanks for the heads up on page 16. Brought this book for nothing. Oh well it only cost me 75 cents at a thrift store. 🙂

Goals for next week: Where do I begin? Don’t spend $$ unnecessarily. Go to the gym at least 3 times a week. Eat healthier.  High productivity at work. The problem with work is that you can be productive but it doesn’t show you are being productive ifyouknowwhatImean. That’s FRUSTRATING!

I think I’m done with trying to lose weight. At my last weigh in, I was 135. 😦 I’m done. I think Abilify (the miracle drug) made me gain 20lbs over the past three years. I might be going off Abilify in  about 2 months. I’m not sure about it….I’ve been depressed for over a decade. Why should I stop taking something that works just because that’s the norm? Is my situation normal?  I may stop taking it and see what happens. I can start taking again if necessary.

I’m still going to the gym. I LOVE the weight lifting class. I do that once a week. I need to get back into water fitness. I have only gone once since I joined the gym last month. Heh. The teacher is so hardcore. She scares me. But it’s worth it because I love the water. I might go to yoga tomorrow since the gym at work will be closed for maintenance.

2 thoughts on “I’m the only one left in Neverland”

Some links are affiliate links. They are marked with an asterisk.

Error: Twitter did not respond. Please wait a few minutes and refresh this page.