My dad is a vet. He was in the Navy before he got slightly injured…in the group of people (Seals?) who killed Osama Bin Laden. I could google the name but um, I’m not. Thanks to all our troops! I don’t know a person who doesn’t appreciate what you do.
————————
Baklava! It would be my new favorite food but I’m trying to stay away from sweets. Here is a pic of the 4 pieces I got from the local bakery via an online store:

I went to the park yesterday. I used to volunteer there. I hadn’t been there in 8 years. Things have changed. The part I used to take care of is now neglected. Anyhow, I went to read and relax. It didn’t occur to me that kids would be there. Duh, it’s a park, right? But I used to go only on weekdays and I never saw kids in strollers (well except at the zoo part but I tended to stay in the garden part of the park). Usually when I went at 10AM, I would see very few people and ZERO kids at the gardens.

The kids weren’t the problem. It was the paths and brave parents trying to push their kids in strollers along the paths. Two adults can barely walk the paths side by side. By the way, I shouldn’t have worn my Shape-Ups. Climbing hills and rocky paths aren’t ideal for those shoes. I was scared of falling but I didn’t let it stop me too much. 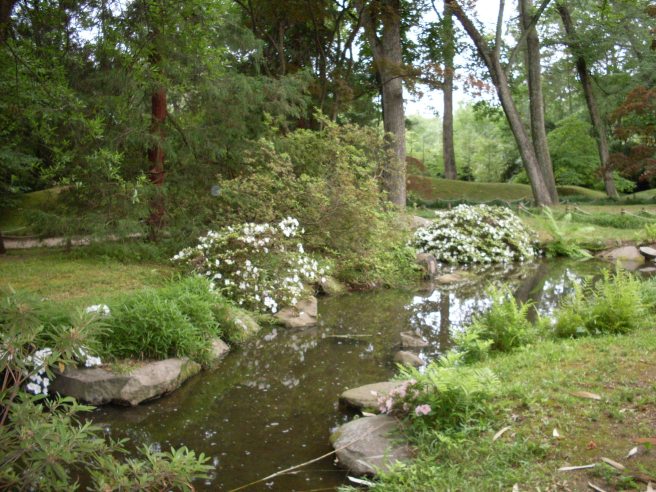 I love water…even brown water which is all this park has to offer. LOL. I read in many different spots. Reading by one of the waterfalls was the best. What is better than the sound of water gushing?

When I decided to go, I’d plan to sit somewhere close to that waterfall. But with my shoes and other people (yeah scary!) being there, the closet I got to that waterfall was standing to take a pic. I used to sit on the rocks there and just BE. 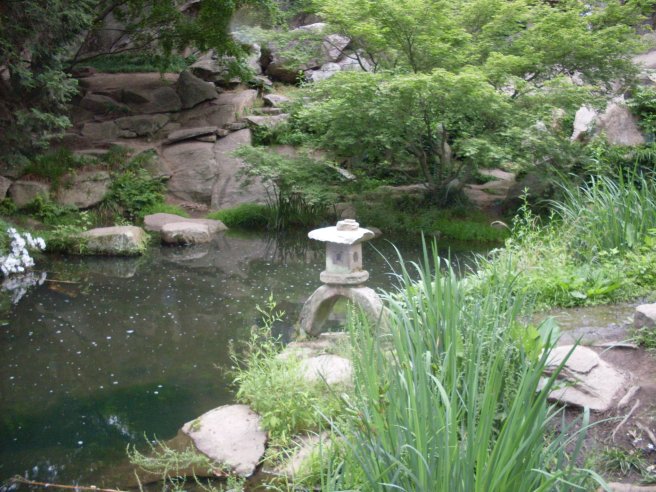 Besides huge goldfish and lizards, these were the only animals I saw. I didn’t make it to the children’s zoo. It is so far away from the gardens.

Just smelling the herbs in the herb garden made me want to start my own herb garden. I had fun trying to guess which one was which. I used to be really into planting herbs (inside) when I was a teenager.

That’s a lot of pics and I have a ton more. I don’t go to the park for fun that often so I went a little nuts. It was nice going back there after all these years. I saw the Japanese gardens for the first time. I spent most of my time there. I really wanted to see a Buddha statue 🙂 .